What the fuck, kids? 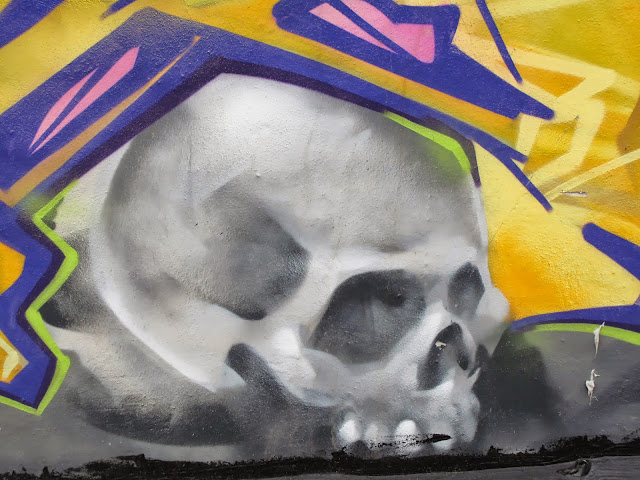 So here I am at SHADDAP!, after a long time away. I expect that most of the people who have read my SHADDAPS in the past will have fallen away. So be it. I am a lazy correspondent at the best of times and it takes a lot to rouse me to post these days. 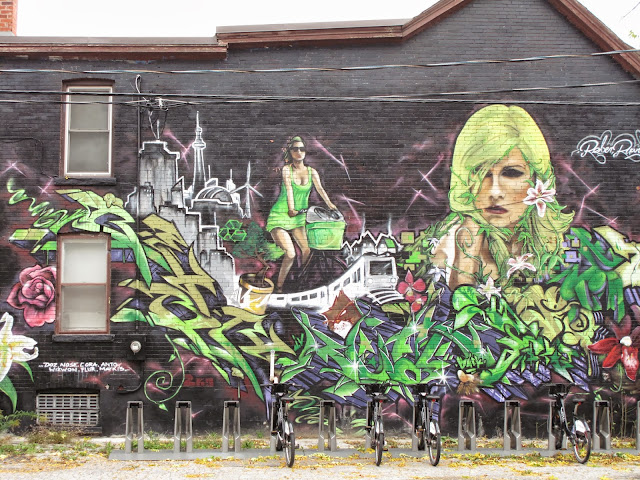 I'm in a high dudgeon today, as I have been all week, so when I feel like throwing something, I'll be posting photos. A couple of weeks ago, The Boy and I went to Toronto. We went for a couple of reasons. We used to live there and liked it a lot. We needed to get away for a bit and hang out in a place that we find very comfortable. The graffiti is out of this world amazing.

Do I need to repeat that? The graffiti is AMAZING, kids. I know San Francisco likes to brag, and it's pretty nice there, but Toronto has it beat all to hell now. I couldn't believe the difference in only the last three or four years. City policy has changed. There are no longer people running around blotting off the street art. The City of Toronto has actually started supporting its street artists, letting them paint on specific walls and organizing events where self-selected artists can just go crazy.

I'm sure it's a little more organized than that and the building owners give permission and all that. The net result is fabulous. So like I said, you'll get photos with my rant today, if it's all right with you. 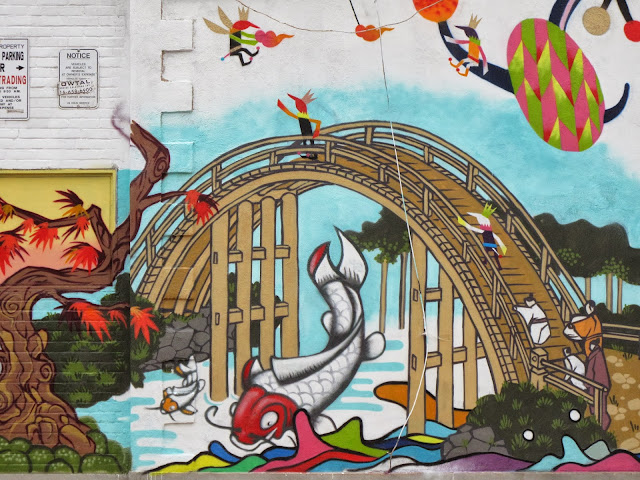 Back to the topic.

Over the past week, Emily Yoffe, our very own Dear Prudie, has posted a couple of articles on Slate. From time to time she steps away from the advice column and actually has an opinion on something, which is usually a mistake. She should never do that.

In the wake of the Maryville rape case fiasco, in which a 14-year-old girl was raped at a party and then left to die on her own front porch in the middle of the night in sub-zero weather........ Emily decided that it was time to let women know that if they drink, they are BEGGING to be raped.

That's right. Oh, she phrased it in her usual patronizing way, claiming that she was only trying to "help" and that women have to "keep themselves safe" because apparently ONLY women can control whether they get raped or not.

Now, this isn't anything new. It's classic rape apologist twaddle. It's ugly on a bunch of levels, though, because it blames victims for being assaulted and insults the vast majority of men who would never harm anyone, ever. This line of thinking assumes that women are helpless holes with feet who really deserve to be raped for whatever reason (in this case, drinking) the apologist wants to use at the time.

It also assumes that men are helpless morons who can't help themselves and are governed entirely by their gonads. Emily came close to saying flat out that men are too stupid to know the difference between sex and rape.

Again - we've heard it all before. Nothing new there. 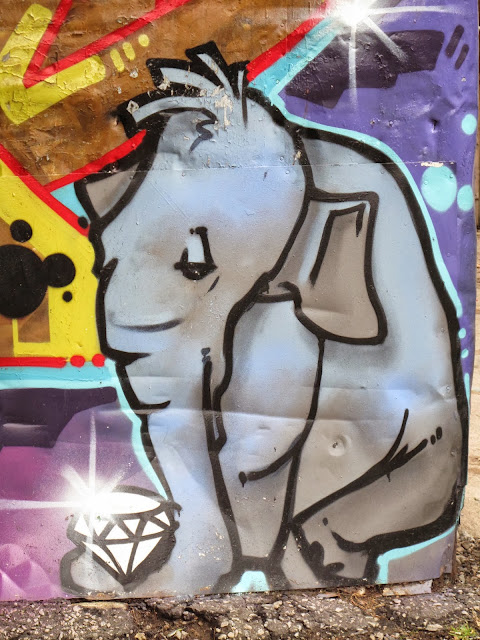 Now we all know what happens when someone posts an article like this. The boards EXPLODE with posts. The Men's Rights losers try to dominate, posting endless versions of "bitch deserved it", followed by, "You femmunists (yes, someone called me that) are a bunch of emasculating bitches and you MAKE us rape you!"

You know that line of shit. For anyone who thinks that way, I say:

What surprised the hell out of me, though, was the sheer tonnage of women who support Emily's shite!

What the fuck is the matter with you, ladies? I read a bunch of posts this very morning from women who are convinced that THEY were to blame for being raped!

There is post after post after post - in the thousands - all saying that Emily was right. Women are fragile flowers who will be raped and deserve to be raped every time they go to any social event, anywhere and have but a sip of something alcoholic!

What the fuck is that? And a resounding 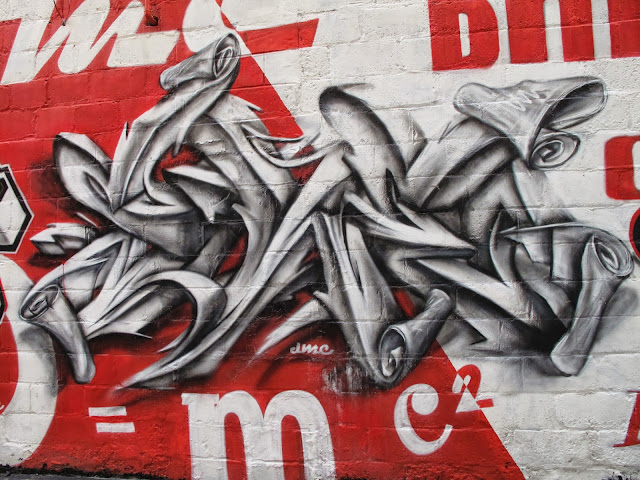 I'm guessing that, at this point, y'all can see that I'm a bit pissed off about this garbage.

So now, dear Emily has posted a whinging retort saying that no one understands what she was trying to say, furiously backpedalling whilst maintaining that she was right in the first place, and we're all too stupid to understand her. 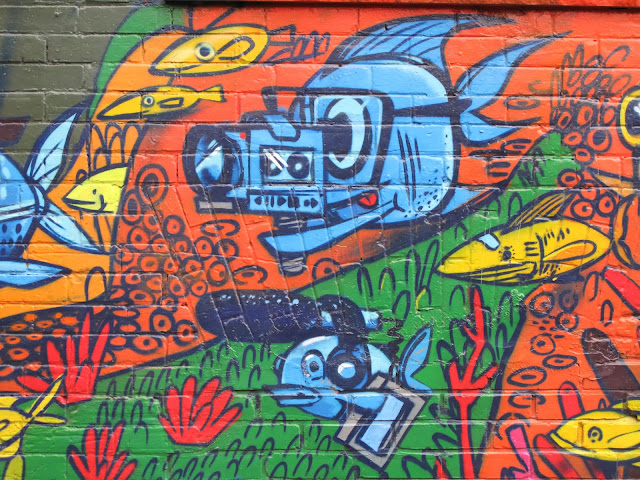 I've been reading this shit all week. And how sad is that? Since when do we make excuses for rapists? Since when is it not only all right for men to rape women, but EXPECTED that it will happen? Emily rabbited on for an entire article about how women are to blame for what other people do to them...... because they drink.

The sad thing about all this is that I suspect dear Emily could easily have substituted "wore fitted jeans",  "walked home at dusk", or "smiled in public", and her supporters would STILL think she was right!

Now, Amanda Marcotte over on Salon thinks, as I do, that Emily is full of shit. She's also commented on it, and Emily's rape apologist buddies have slammed the boards over there, too. I've had posts deleted over there just because the Men's Rights assholes don't like it when I say, as I have always said:

Women get raped because men CHOOSE to rape them.

I didn't think this was a particularly revolutionary thing to say. It's the flat-out simple truth. We've seen so many ugly rapes excused and not prosecuted even when (as in Maryville, Steubenville, et al) the attacks themselves are recorded and posted all over the web. In Maryville, the DA, in the pocket of the rapist's Old Grandad the retired senator, declined to prosecute a rape AND attempted murder.

To this I say 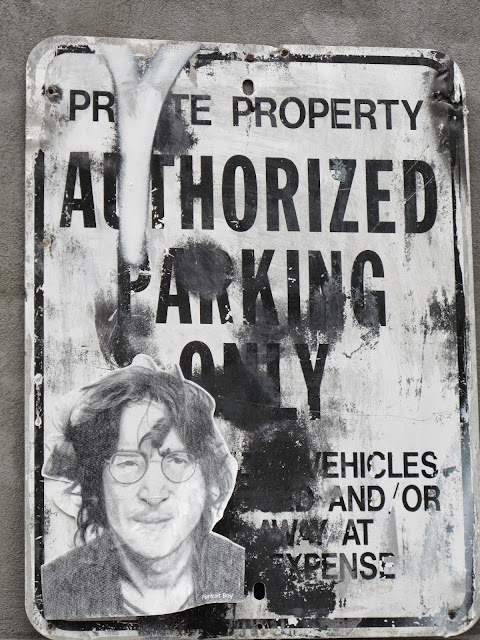 What are we teaching boys, here? How would it harm boys to be told, from earliest youth, that its NOT OK to:

1. Shove your penis into an unconscious human.

2. Shove your penis into someone who says "no".

3. Shove your penis into someone that you've never met when both of you are sober.

How complicated is that?

Why is it that so many people think that, instead of educating boys, we have to train girls to be constantly frightened, constantly on watch, constantly monitoring themselves because it's somehow their fault if someone attacks them?

What the fuck, people?

Now, another side of this is that rape victims who don't fall neatly into the "bitch deserved it" slot that the apologists are so fond of. ANYONE can be raped. An 85-year-old woman in a wheelchair was raped in Alberta recently. Babies are raped - as in a 17-month-old who died of internal injuries because someone CHOSE to rape her recently. 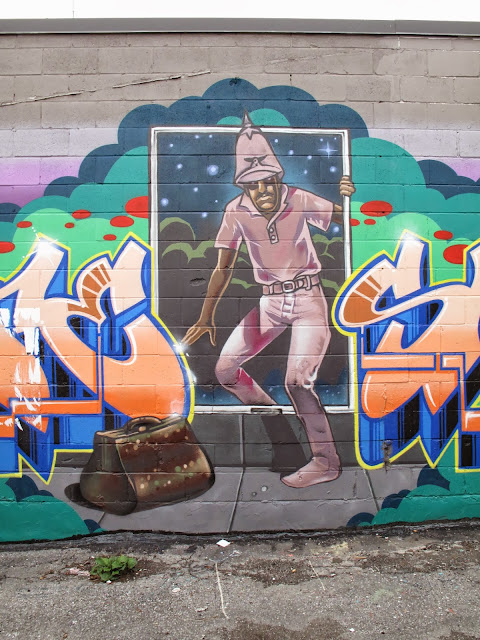 And here's where I have to disclose that I have been raped. Violently. Repeatedly. Left for dead. (Clearly I didn't die)

I don't want sympathy. That was a LONG time ago, I have moved on.

The point is that I was in university, and I don't fit into that box that everyone wants to shove young women into. I was attacked in my home, in broad daylight, stony sober. My attacker was someone I knew slightly. A bunch of us had been studying all day at my apartment. I was wearing baggy jeans and an ancient, equally baggy sweatshirt. No, I wasn't wearing makeup. In fact, I hadn't even bothered putting my contact lenses in that day.

I posted this on Salon, and was greeted with outpourings of  - I can't describe it any other way - absolute and utter rage. There were posts saying that I must have done SOMETHING to deserve it. I was accused of lying. One particularly vile individual (who posts under the sobriquet "Lodatz") said that I deserved to be raped, beaten, and strangled because I lived off-campus.

To these people again, a rousing 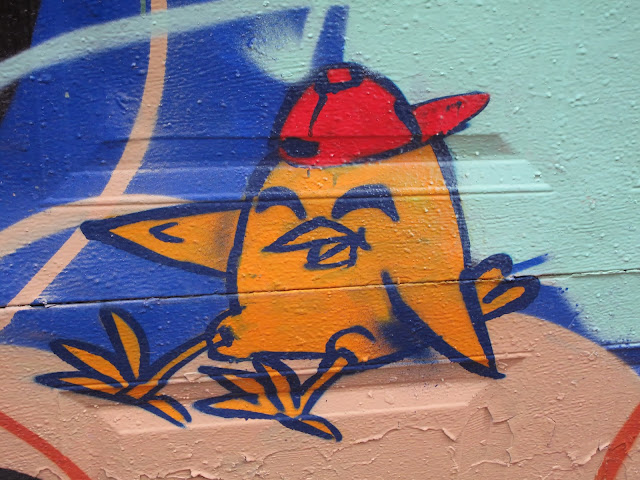 Emily managed to start her very own shitstorm, and I have no doubt she's feeling very pleased with herself right now. She's never had so many page hits, and I'm guessing that the Slate editorial board is dancing in the streets because of that. They're making a fucking fortune right now, and all they had to do is roll over the bodies of rape victims to do it. 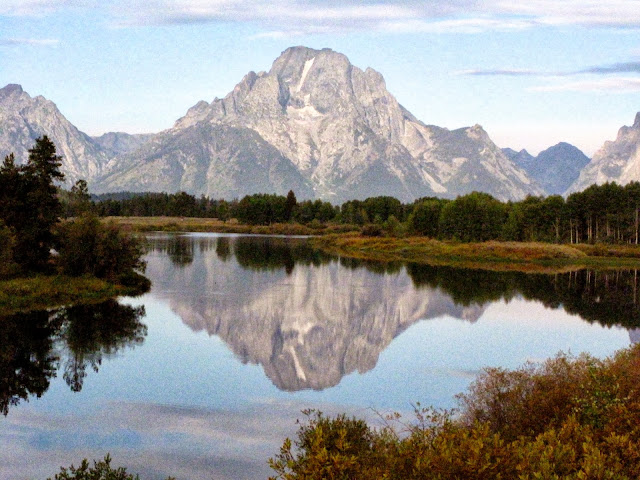 On a personal level, I don't really care what people think of me. I really and sincerely don't. The above screed is my own way of saying.... what the hell is going on, kids? Why can't anyone have a decent conversation about this topic without flinging blame around and making ugly comments? How is it that this society, that we seem to think is so fucking enlightened, still makes excuses for criminals and the people who cover for them?

I'm going to end this with a pretty picture - the money shot that everyone who goes to Yellowstone tries to get. Gorgeous, right?
Posted by Aunt Messy at 1:57 PM

The SHADDAPS are a transplant. I used to write them on Slate's Fray, the no-holds-barred message board that attracted all of the best and smartest. Alas, there was a nasty Editor....they took away my paragraphs, and soon the Fray is to be no more. Sad? A little.
I moved here. Permanently. I don't censor. You can say whatever you want. If you think I'm fulla bull, feel free to say so - I can take it.
If you want to drop me a line and answer a letter or question on this blog, send an e-mail to: onemessylady@gmail.com .